1 Day Trip from Fez to Chefchaouen and back

Within this full day excursion from Fez to the blue pearl of Morocco. you will have many breaks at different landscapes on the way to Chefchaouen. While you reach there you will have free time in order to discover the amazing sides of this unique blue town. After, your visit and having lunch we will go back to Fez where your Day Trip Fes To Chefchaouen ends.

Chefchaouen was founded in 1471 in the Rif Mountains by Jews and Moors fleeing Spain. A lot of different theories about why Chefchaouen is blue; Some says it was painted in blue by the Jews who settled there after fleeing Hitler, others say it’s to keep the mosquitoes away, while some just said it represents the color of the sea.

Chefchaouen or Chaouen is a city in the north-west of Morocco. It is the main town of the province of the same name, and stands out for its buildings in blue tones. Chefchaouen or Chaouen, as it is often called by the Moroccans, is a popular tourist destination due to its proximity to Tangier and the Spanish enclave of Ceuta. The name refers to the shape of the mountain tops above the city, which resemble the two horns of a goat. “Chef Chaouen” derives from the Berber word for horns, Ichawen.

Chefchaouen is a popular shopping destination as well, as it offers many native handicrafts that are not available elsewhere in Morocco, such as wool garments and woven blankets. The goat cheese native to the area is also popular with tourists.

The countryside around it has a reputation for being a prolific source of kief. The Chefchaouen region is one of the main producers of cannabis in Morocco.

The growing tourist industry is geared especially towards Spanish tourists, who are especially numerous during great Catholic feasts like Semana Santa and Christmas.

There are a number of distinct mosques in the town. Aside from the mosque at Place Uta Hammam in the medina, there is also a mosque dedicated to the patron saint of Northern Morocco’s Jebalah region, Moulay Abdeslam Ben Mchich Alami. His tomb and the village surrounding it is by the way an hour’s drive or so from Chefchaouen on the old road to Larache. There is also a ruined mosque built by the Spanish, with stairs still in the tower.

Duration of the Day Trip; Full day, pick up at 8 AM (3 hours in order to get to Chefchaouen). 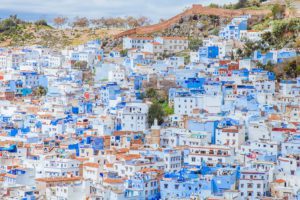 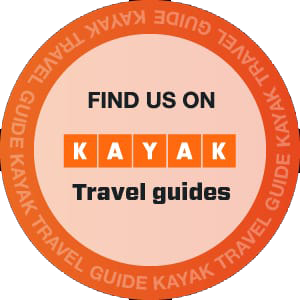